Studying Japanese before coming to Japan will save your time 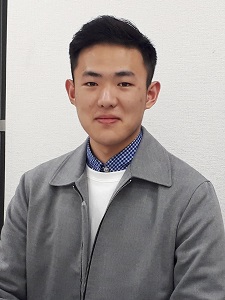 Q1. What made you decide to study Japanese in Japan?

I’ve always had chances to meet Japanese people and culture since I was a child thanks to my father’s job. I think Japanese social environment is very safe and Japanese culture is similar to Chinese one. So when I was in the second year of university in Shanghai, I decided to come to Japan to enter a university.

Q2. Is this your first time in Japan?

No, I had been to Japan twice on holiday.

Q3. Were you worried before coming to Japan?

Oh, yes. I’ve always lived with my parents in Shanghai and I was a bit worried if I could live and study all by myself in Japan. I was also worried about leaving my hometown and live in a new environment.

Q4. How do you spend your free time?

In August 2018, I found an event at a women’s college on a bulletin board at ARC and participated it. I talked with the college students and not only I practiced Japanese but I also learnt about fish. We became good friends and my speaking got better and better.

Q5. What type of accommodation do you live in? How did you find it?

I live in Kita-shinjuku. I found my place through a company called GTN, which specializes in foreigners’ guarantor service.

Q6. Do you think the cost of living in Japan is expensive?

Well, it’s more or less the same as that of Shanghai but there are times I find it expensive.

Q7. Do you have any part-time jobs?

Yes, after I passed an entrance exam for a university, I started working part-time. I think it’s good to have a part-time job to experience Japanese society.

Q8. Have you had any problems since you came to Japan?

Yes. It was really hard to find a room in Japan. I found a room I liked, went home and went back to the estate agent on the following day to find that someone else already took the room. I was really surprised. Can it happen so quickly?

Q9. What advice would you give to the people who are considering studying in Japan?

It is advisable to study Japanese up to JLPT N2 level. If you do so, you can speak with Japanese people without much difficulty and will be able to find a part-time job. And if you wish to go on to a university, it would be better if you could start studying for EJU while you are still in your country. You can save time to study for university and you will be less pressured. Lastly, it’s better not to be with people from your country all the time and have opportunities to speak with Japanese people so that you can quickly improve your Japanese.